In November 2020, 20 journalists from major newspapers and stations across the country participated in a media trip to the Mekong Delta organized by GreenID.

There are up to 20 journalists being our fellow-travellers from the major press agencies, in a variety of types: television, radio, newspaper, online newspaper, electronic newspaper; all the journalists participating in the trip came from  head official press agencies such as Vietnam News Agency, Vietnam Law Newspaper, VTV1, VTC14, People's Delegate Newspaper, Environmental Economics Magazine, Saigon Economic Times ... 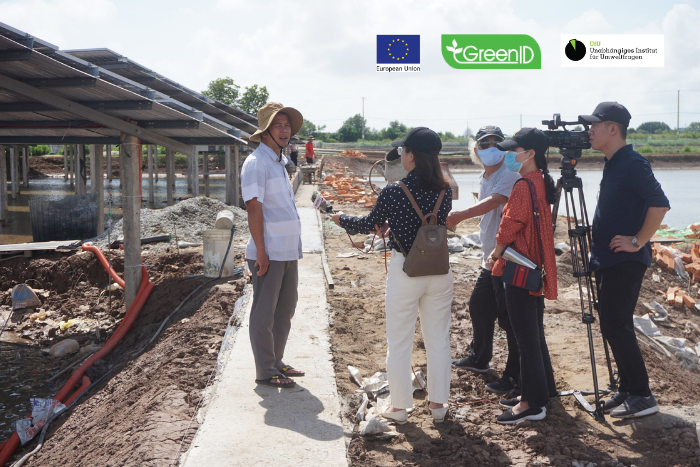 20 journalists attended the Media trip in the Mekong Delta

Within 4 working days, the delegation visited two factories producing wind power and solar power, especially shrimp farming and tourism models combining renewable energy production in the Mekong Delta and talking to people about the benefits of the model they are being directly felt.

At the Solar Power Model combined with shrimp farming of Solan Vietnam Joint Stock Company, we are really overwhelmed by the 5.6-hectare shrimp farming field in The Nhat Hamlet, Vinh Hau Commune (Hoa Binh, Bac Lieu) which has now become a "power plant" with solar panels. Talking to Mr. Thanh – managing the model we know better: the intensive shrimp farming area has many ponds to use water in a closed process, including ponds containing water, filtering and ponds. Solar batteries installed on construction rigs in ponds containing water and filtering, taking advantage of the sun on the water surface. And the shrimp pond is empty, not installed batteries so that the shrimp are exposed to the sun and grow. Thus, 2/3 of shrimp farming area has taken advantage of "dual profits", both breeding, maintaining livelihoods and producing electricity for self-service production. 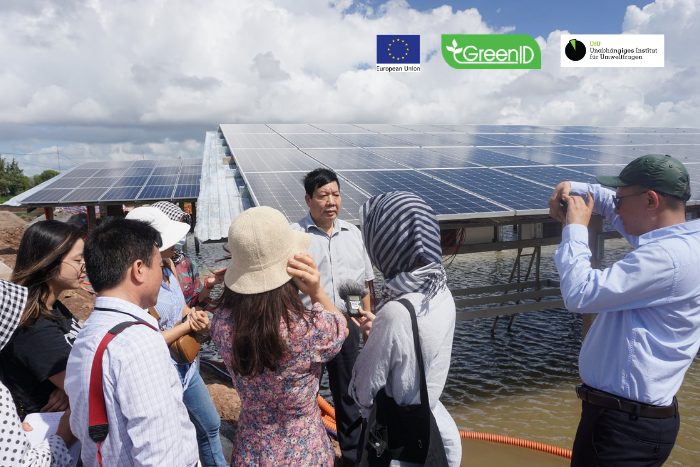 In addition to solar energy, Bac Lieu also owns the largest wind power project in the country which is also the first wind power project in Southeast Asia built on the continental shelf. Bac Lieu Wind Power Plant project invested by Justice Tourism Trading Construction Co., Ltd. has a scale of 62 wind turbines with a capacity of 99.2 MW, total investment of VND 5,217 billion. Started construction on September 9, 2010 in 2 phases. Phase 1 completed 10 turbines and national grid-reconciled power supply in May 2013. Phase 2 completed 52 turbines, national grid generator in December 2015. Thus, after 5 years of completion, the plant is currently operating stably, the total electricity electricity released to the grid by the end of 2020 reaches over 1.1 billion kWh. In addition, there are 9 other wind power projects with a total capacity of 562 MW that are being organized and will be completed before November 2021.

Coming to Vo Ba hamlet, An Hao commune, Tinh Bien district, An Giang using 100% renewable energy, we together with journalists have chance to talk to the family of Uncle Tam Tien, Ms. Tim - now for the first time can self-control the electricity instead of relying on storage batteries. In remote area where the national grid has not been set foot yet, it seem simple but very difficult for many families to self-control electricity . With Sao Mai Solar Power Plant, this will be one of the tourism models combine renewable energy production similar to Cong Ly Wind Power. 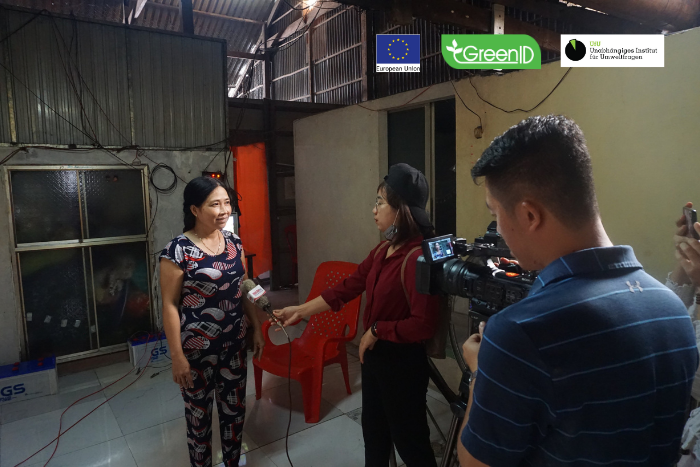 Talking with people who are directly using the solar system

Beyond the reality, the future of renewable energy, especially renewable energy dispersed in households, communities, local production models is no longer only in the documents and plans that have been shown right in front of them. That's thanks in large part to the innovation, up-to-date thinking of local governments.

For example, Bac Lieu Department of Industry and Trade draws a valuable lesson: the interest of the provincial party committee, the People's Committee, as well as the local side is very important in creating conditions to attract investment. The planning must be in sync with the transmission line, the investor is most interested in the price, so it can create favorable conditions for investors with financial policies.

The Department of Industry and Trade and An Giang Department of Agriculture and Rural Development also identified the local development trend in the coming time as high-tech agriculture associated with the use of renewable energy, and the application of economical and efficient energy use measures. 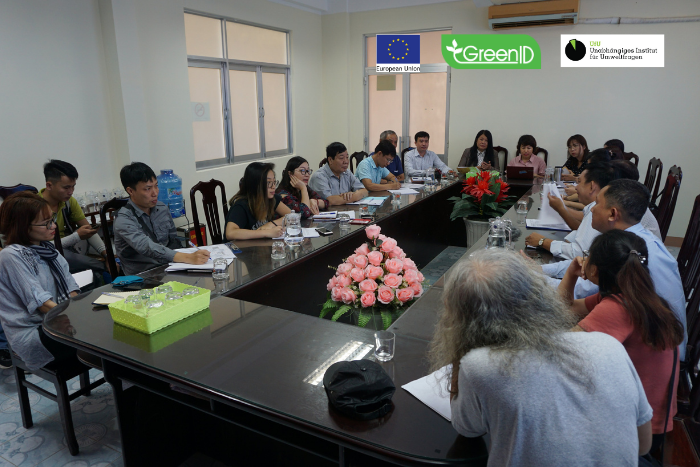 Journalists in the talk with departments of Industry and Trade, Bac Lieu and An Giang Departments of Agriculture and Rural Development

The Mekong Delta, which is about to be the national electricity center as well as a promising place for renewable energy land, is increasingly transforming the application of renewable energy both economically and environmentally and becoming the leading renewable energy ship of the country.

Some articles, newsletters about the actual trip by journalists:

The activity is within the framework of the project "Promoting the development of renewable energy and energy efficiency and energy saving in Vietnam through capacity building for local social, professional and core individuals, in order to enhance the ability to save energy and improve living conditions for vietnamese people"  provided with the financial support of European Union

Policy Brief: The Role of Renewable Energy in Post-COVID-19 Recovery in Vietnam